The first world war was a kind of cultural suicide... END_OF_DOCUMENT_TOKEN_TO_BE_REPLACED 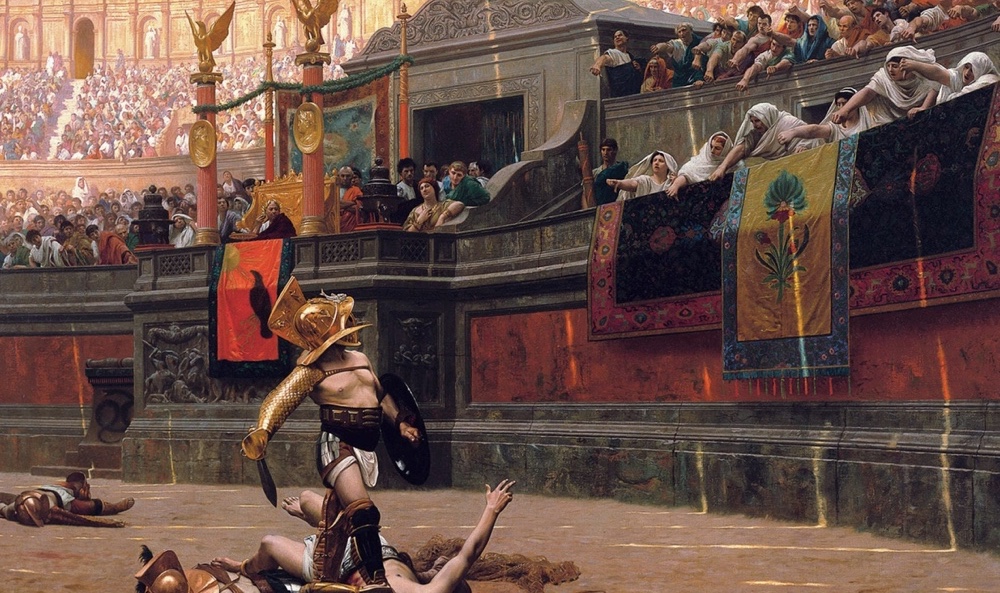 In ancient Rome were celebrating gladiatorial combat was originally part of the Funeral. The organizers wanted to honor the deceased with the diluted blood and the spectacle for a political office recommend. Gladiator blood was regarded as a miracle cure. It was used for the “cure” of epilepsy. Doctors contradicting each other. Nevertheless, the need remained for 500 years until the ban of the arena games, around 400 after Christ.

The gladiators died out, the remained but to believe. Charles Henri Sanson, the executioner of the French Revolution, wanted to be a doctor, but had to take the Henkerjob of the father. Kill instead of Heal. He reported in his diaries that each of onlookers huddled under the scaffold to the blood to absorb drops, seeping between the planks of wood through it, when the severed head plopped into the wicker basket. These blood-stained textiles it was said of a healing effect.

but think in Red

blood is always a Symbol for vitality and life force. It was the firm Conviction that you do not appease with blood the gods only, but also disaster to avert, and could cure the Ill. Blood rituals are as old as mankind. In all cultures, blood had a magical effect. Already Odysseus lured into the underworld, the souls of the dead with a blood sacrifice. But a religious coloring has often believe. In Christianity, the priest drinks the communion of the blood of Christ for the spiritual strengthening.

… and a pinch of Himalayan salt

While the country churches are constantly losing members, get an alternative Patchwork-religions of the inlet, because the need for community and spirituality remains the same, and so are looking for a number of Stops in a Mix of radical nutrition and fast rules, green fundamentalism, strictly regulated extremism and a pinch of Himalayan salt.

The most Militant among them, claim that vegan blood cancer heal. Anyone who has dies of cancer and non-vegan eats, it’s your own fault. The cancer vegan Mari Lopez preached last year, 500’000 followers, that chemo therapies are unnecessary. She died a few months later. How many Desperate have followed her advice, is not known.